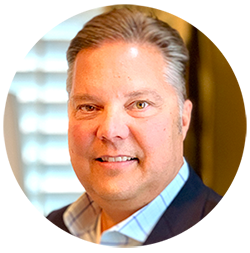 Mr. Johnson works as part of our leadership team to structure new development projects and oversees our operations, human resources, and legal functions. He is keen to create new local investment opportunities that support growth of the life sciences community in the Greater Triangle area of North Carolina. 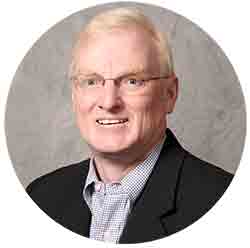 Industry Experience
Mr. Rufty is a managing member of GXP Development and is an established business leader in the Greater Triangle area of North Carolina with extensive experience in structuring successful development projects, construction management, quality assurance and maintenance of real estate assets. Mr. Rufty is a pioneer in local green building practices and has earned a reputation for top-rated quality that differentiates his building projects.

Mr. Rufty is a graduate of NC State and serves as the President of Rufty Homes and was the CEO of the Rufty-Peedin commercial Design/Build company. Mr. Rufty is responsible for the very first EnergyStar structure in North Carolina, in cooperation with Carolina Power & Light (now Duke Energy Progress) and is recognized for his leadership in green building techniques since 1994. In 2002, he completed N.C.’s first Fortified For Safer Living® home. Mr. Rufty serves on multiple Boards and is a member of the exclusive NAHB Builder 20 Club, consisting of the nation’s most elite custom home builders.

Mr. Rufty is a former President of the Home Builder’s Association of Raleigh-Wake County and Board member of the National Assoc of Home Builders, and an active member of the NAHB’s executive management clubs. For over 30 years, Jon has resided in the greater Raleigh, N.C. area, and his passion for building trusted relationships based on integrity is one of our founding values at GXP. 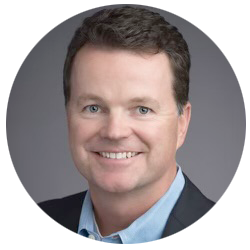 Mr. Alberse works as part of our leadership team to structure new development projects and oversees our marketing, business development, and finance/accounting functions. He is keen to create new local investment opportunities that support the growth of the life sciences community in the Greater Triangle area of North Carolina.

Mr. Alberse holds a Finance/Economics degree from James Madison University in Harrisonburg, VA. He has completed the Commercial Real Estate Development & Management program at Cornell University in Ithaca, NY and numerous executive development activities. He has served in numerous leadership roles with responsibilities in the Americas and Europe. Mr. Alberse has continuously developed his general management skills in business strategy; marketing, sales; and finance/accounting functions.

At LJB, our chosen professions include civil, structural and safety engineering as well as environmental sciences, survey and architecture. But just providing these services isn’t enough.

We challenge ourselves with the question, “Why exactly are we doing this?” And the answer lies in the core purpose LJB was founded on nearly 50 years ago—improving the quality of life. This may seem like just a brand tagline, but it drives our day-to-day behaviors.

Since 1966, LJB Inc. has been improving the quality of life for our clients, our people and the communities we serve. The firm’s founding partners—Bill Lockwood, Harold Jones and John Beals—had a passion for the highest level of design and a vision to fulfill the needs and dreams of our clients. They created a lasting culture that fosters innovation and attracts high achievers, creative thinkers and great communicators.

Powers Brown Architecture is a professional services firm practicing architecture, interior design, programming and urban design. Led by founding principal and CEO Jeffrey Brown, FAIA, OAA, NSAA, the firm has built a reputation for specialized design and technical superiority, producing award-winning work and gaining recognition from local, regional and national organizations. Recently the firm was selected by IMAGES Publications as the focus of a monograph in their series Neo-Architecture, showcasing the work of emerging talent around the globe.  The series, according to the publisher “…focuses on the work of the next generation of master architects.  The work of the featured architects varies widely and includes conceptual and built projects, elaborate models and even more esoteric competition entries.  The works are provocative, challenging, and represent the vanguard of international architectural practice.”  Based upon these accolades and honors, Powers Brown Architecture is considered one of the most innovative and critically active firms on the scene.

Powers Brown Architecture believes that attention to the specificity of every project opportunity makes its practice unique. The benefit of this approach most often comes to the forefront when aesthetic possibilities conflict with the functional needs of the project.  Powers Brown Architecture stresses the balance of function, aesthetics, construction technology, and budget in developing architectural solutions for its clients.  Founded in September of 1999, the firm began inquiries into an area of practice it deemed neglected territory – project types, construction technologies and design business strategies ignored by both mainstream and vanguard architectural practice. The firm maintains a diverse architectural and urban design practice that includes regional, national, and international projects.  Commissions have been undertaken for projects as diverse as tilt-wall industrial projects, Federal Government facilities, and the planning of new towns in Cairo, Egypt and Lahore, Pakistan.

Powers Brown Architecture is closely involved with the relationship between architecture and construction and has implemented innovative delivery methods that allow the application of award-winning design to commonplace architectural production. The firm utilizes an approach to design that is highly analytical and inventive in pursuing the unique synthesis of circumstance, opportunity and function.  The firm’s collective purpose is held together by a belief in the process of analysis and research of program and site in their own terms.  Powers Brown Architecture holds the belief that this attention to the specificity of every opportunity is a condition perhaps unique to architecture as a discipline.